BORONGAN CITY, June 16, 2017–An increase in priestly vocations has been noticed in the Diocese of Borongan as School Year 2017-2018 begins.

9 out of 10 seminarians who graduated this year from the Nativity of Our Lady College Seminary (NLCS), Borongan’s seminary for those studying philosophy, will proceed to theological studies.

Two of them were admitted to UST Central Seminary, three to San Carlos Seminary in Manila, three to St. John the Evangelist School of Theology in Palo and one to Seminaryo Mayor de San Carlos in Cebu.

This brings the total number of seminarians of the diocese studying in theology to twenty four, the largest number for the diocese in recent memory.

Fr Leroy Geli, rector of NLCS, said that it is always a “grace of God to the Diocese of Borongan.”

“There is no explanation to such increase, everything is grace,” he added.

“After all, we have experienced years when response to the call to enter the seminary also waned,” the NLCS Rector said.

For his part, SJN Rector Fr Marlon Gacho also acknowledged that the soaring number of seminarians is God’s grace.

“When man cooperates with God’s blessings, definitely there will be ample results whether it is about vocation to the priesthood or to other vocations in life,” he added.

He also expressed hope that somebody the Church will reap the fruits when these seminarians will be ordained priests.

He emphasized that “part of the success of the present situation is the support of everyone.”

The support of the seminarians’ families and the entire Church community play a crucial part, he furthered.

Borongan Bishop Crispin Varquez meanwhile expressed his joy in his homily during the Holy Spirit Mass and Foundation Day of the two seminaries noting that there are now many young boys and families responding to the call for the priestly ministry.

He thanked the formators for giving themselves in the service of the Church as they form her future ministers.

The two seminaries annually celebrate together the traditional Mass of the Holy Spirit as a way of officially opening of the new school year. 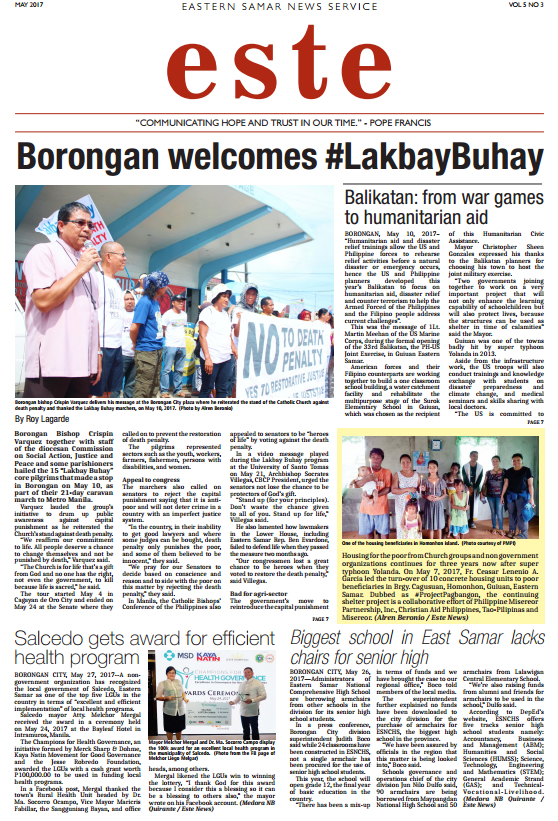